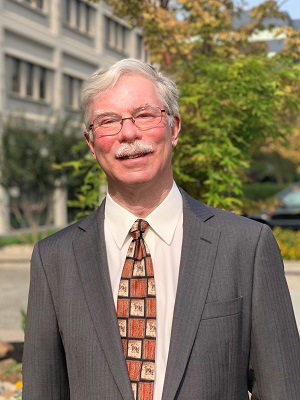 Christopher J. Fleischut has been practicing in the field of immigration and nationality law with Finnan, Fleischut & Associates since 1985. He was the managing principal of the firm since 1993, following Mr. Finnan’s retirement from the practice. Mr. Fleischut has extensive experience in all aspects of employment-based visa work. He also has extensive experience with a wide range of family-based visas and processes, naturalization, and political asylum practice. He is past Chair of the Santa Clara Valley Chapter of the American Immigration Lawyers Association. Mr. Fleischut holds an undergraduate degree in Russian from Yale University, a Master’s degree in Comparative Literature from the University of California, Berkeley, and a J.D. degree from Hastings College of the Law. He is a member of the California State Bar; and admitted into the U.S. District Court, Northern District of California, and the U.S. Court of Appeals, Ninth Circuit. Mr. Fleischut is conversant in Russian, German, and Spanish. In his spare time, Mr. Fleischut enjoys swimming, bicycling, reading, studying languages, cooking, and coaching Little League.